Diet methods for losing weight are numerous, and the options may cause some people headaches. Running the right diet method is crucial for people running a losing weight program, apart from exercising. Many celebrities and influencers promote different kinds of diet methods or specific foods to get the ideal body shape, which adds more confusion. Also, these diets or dietary strategies may not work well for you. In fact, following that diet methods may stress you out because of the complicated rules.

However, a dopamine diet promises a slimmer body shape and a happier state of mind.

This idea may sound too good to be a reality, but, in simple terms, the dopamine diet is an alternative diet base on the consumption of foods that can also increase dopamine production in the brain.

This diet is also known as the happy diet. Many diet program participants fail to follow in the long-term diet process because they have to avoid or stop consuming certain food types entirely. Contrary to the dopamine diet, it does not prohibit participants from taking carbohydrates, protein, or fat intake. Still, it bans taking alcohol and starchy carbohydrates compounds, such as those available inside the pasta, bread, and rice.

So, what foods people need to consume while running on the dopamine diet? Tom Kerridge, a chef who lost nearly 70 kg in 3 years while on this diet, said that foods that can increase his dopamine are dairy products, including cheese and yogurt, whole meats, such as beef, chicken and salmon, vegetables, fruit, and even chocolate.

This diet is popularized based on research that found that certain foods can trigger the body’s happy hormone. The same study has also reported that foods high in fat could impair overweight people’s dopamine release pathways.

On the other hand, eating foods high in protein can curb your appetite while increasing dopamine production in the body at the same time. This condition occurs because protein contains amino acids, a chemical compound that responsible for releasing dopamine.

How to increase dopamine in the body:

There are several ways to increase dopamine naturally, including:

Enzymes in your body can convert tyrosine to dopamine, so having adequate tyrosine levels is essential for dopamine production. Your body can also produce tyrosine from another amino acid called phenylalanine. FYI, you can acquire both tyrosine and phenylalanine naturally from protein-rich foods such as turkey, beef, eggs, milk, soy, and nuts.

Doing yoga or meditation can clear your mind and relax your body. One study showed a 64% increase in dopamine levels in the body after meditating for one hour.

When your body releases dopamine in the brain, it triggers a feeling of alertness and wakefulness. Animal studies have shown that dopamine is released in large quantities in the morning and that levels naturally drop at night when it’s time to sleep. Lack of sleeping can disrupt this natural rhythm. When people are forced to stay awake all night, the availability of dopamine receptors in the brain decreases the next morning dramatically. Therefore, to maintain dopamine levels in the body, you should sleep ideally for at least 7-8 hours.

Listening to music can be a fun way to stimulate the release of dopamine in the brain. One study found a 9% increase in the brain’s dopamine levels when people listened to instrumental music kinds.

A study found that eating foods containing saturated fat can interfere with how dopamine signifies the brain when consumed in large quantities.

Generally, the dopamine diet principle is to have a healthy lifestyle by eating nutritious foods that can increase dopamine levels in the body. This alternative is another trick that you can use to lower your weight and keep it stable.

Important Info:
This article is an important part of a Youtube Video script with the same title.  It comes from an Indonesian article, converted with Google translate, and perfected with Grammarly Premium. Grammarly Premium consists of a quick grammar editing feature, plagiarism checker. Fast sentence structure improvement and many more.

Grammarly has been helpful in managing the speed and quality of our English content production. It turns our content easier to read, listen to, and inspire.  Try the free version first if you can’t feel confident with what I am saying here.

Indonesian Version of this article turned to English via Google Translate + Grammarly:

Try Vidnami Free for 14 days and share your experience and influence with your audience. Spesial.net working team has tested Vidnami in more than dozens of different videos and you can see one of it above this section.

Vidnami is literally one of the fastest and easiest to learn Article to Video editor we have found and tested. It is streamlined, it does not come with complicated editing features and it doesn’t have to. 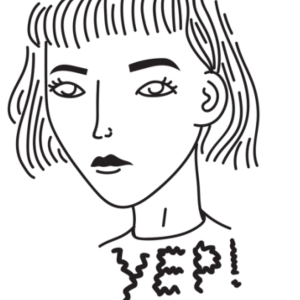